Networking- It’s all in the approach!

“It’s also selfish because it makes you feel good when you help others. I’ve been helped by acts of kindness from strangers. That’s why we’re here, after all, to help others.”-  Carol Burnett

Attention job seekers; you may have been told that networking can improve your employment prospects. While it’s true that connecting with other people in similar lines of work can help job prospects, many job seekers experience a gut-wrenching agony when thinking about having to do it. 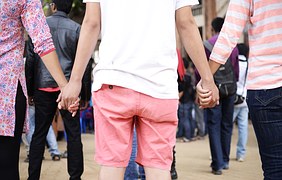 Going in, your mindset is ALL-IMPORTANT

Go into any networking event with the right mindset.  Approach it as a two-way street.  If you are going to communicate with others (and that’s the intent) realize it’s a two-way street.  So, have a mind-set of thinking about how you can help other attendees at the event. When you interact with someone, don’t make the conversation “all about you”.  Instead, think about what you can do for that other person you are networking with.

Be able to LISTEN at the right time

There’s two parts to networking.  Talking about yourself and Listening to the messages coming from others. It’s ok to go into an event prepared to pitch yourself.  But, an effective networking event requires both self-pitching and active listening skills. Don’t control conversation with active chatter.  Practice focused listening to learn form others.

Network with other job seekers

While the focus may be on connecting with employers at these events, don’t forget the value of networking with other job seekers. If you know of a job that someone else might be good for, let them know about it. It will come back to you and people will remember the favor and who helped them.

As Carol Burnett would say, “after all, that’s what we’re all here for.”