With President Trump announcing his decision to withdraw the United States from the Paris Agreement, many people are wondering how that will affect American manufacturing. The Alliance for American Manufacturing, a non-profit, non-partisan partnership formed in 2007 by some of America’s leading manufacturers and the United Steelworkers, has quickly responded. It believes that climate change is real and that manufacturers should do their part to lower greenhouse gas emissions and improve our environment. 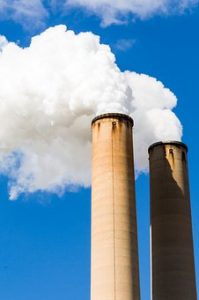 The role American manufacturing plays in combating climate change and what the industry has already done.

The consensus among American manufacturers is that they can and should lead when it comes to reducing greenhouse gas emissions. There is general belief that good-paying jobs and a cleaner environment can exist together. And industries are already proving that to be the case. Advances in technologies such as wind turbines and solar panels and lithium batteries have already enabled many manufacturers to embrace an eco-friendlier future.

Automotive manufacturing has embraced clean vehicle technology, supporting 288,000 manufacturing and engineering workers in 48 states. And in the industrial heartland of Michigan, Indiana, Ohio, Tennessee, and Kentucky 160,000 manufacturing jobs are involved in building the next generation of clean hybrid-fuel cars.

Pittsburgh today is NOT the Pittsburgh of 50 years ago!

In his announcement of withdrawing from the Paris Accord, Trump said he was elected to represent the people of Pittsburgh, not Paris. But, a closer look at Pittsburgh’s economy shows that the city has made impressive advances in meeting emissions standards. The old, carbon-belching steel mills of 50 years ago have been replaced by some of the cleanest mills on the planet. An example is the US Steel’s Clairton Works, the result of a $500 million investment by the company. Today, the biggest threat to the steel industry is not meeting environmental standards, but rather the subsidized, dirty steel being imported from China. Actually, the US steel industry is light years ahead of China in meeting environmental standards.

The future of the Paris Accord without the US

With the US withdrawing, it will fall upon other countries to take the lead. This will be difficult. China is the world’s foremost leader in carbon emissions. Many US companies had viewed the Paris Accord as a framework to address a worldwide issue. Even without the US as a signatory, the Accord is still worthwhile. But China will now have a greater role in assuring its effectiveness.

At Key Corporate Services, our team works hard to meet our client’s needs to find top-notch manufacturing professionals. We recognize the Manufacturing Industry to be one of the largest and most critical industries to the US economy.