The Ricochet Affect NAFTA Changes May Have on Medical Device Manufacturing

All the talk by the Trump Administration regarding unfair trade agreements has put new focus on NAFTA. The ramification of changes in NAFTA are great media fodder for speculating how the price of major consumer goods like automobiles and appliances will be adversely impacted.

But the fallout from changing NAFTA has far-reaching consequences for many other industries also. 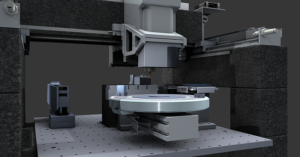 One industry that could be impacted greatly is medical device manufacturing. An article in Plasticstoday.com detailed how the industry has grown to a substantial presence in the Baja, Mexico area. A cluster of companies has sprung up in this area to take advantage of the cross-border medical and manufacturing expertise in the region of Juarez, El Paso, TX and southern New Mexico.

Mexico is a leader in exporting medical devices to the States.

Mexico’s medical device industry is BIG and anticipated to grow from $4.9 billion in 2015 to an estimated $6.5 billion by 2020. The country is a major source for the US for this product, importing about 30% of its medical devices and associated parts. So, Trump’s threats to renegotiate NAFTA has med-tech executives concerned.

American companies draft plans to build new plants years in advance. And, the FDA inspects and registers all such plants in both the US and all around the world. Understandably, this process can take many months. Any NAFTA changes may affect plant locations, but that change is not easily done quickly in an industry so heavily regulated.

The Trump administration is taking about imposing a border tax as a way of balancing a perceived unfairness in the NAFTA-negotiated deal. Whether it is enough to entice companies to move back to the states is unknown. Such a tax, however, is sure to make consumers pay a higher price for medical technology.

At Key Corporate Services, our Manufacturing and Engineering division works with medical device manufacturers as well as many other large industries to place exceptional talent in management positions. If you work in manufacturing, give us a call to see how we can help.