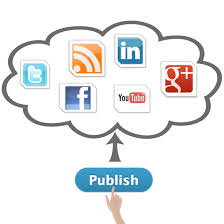 Anyone who posts personal information about themselves on social media sites needs to be aware of the implications it can cause when searching for a job. The fact is, what you post on any social media site is there for all to see, including hiring managers of companies you may one day want to work for.

An article by CareerBuilder.com highlighted some of the possible pitfalls associated with posting inappropriate personal information such platforms. The article mentioned that “51 percent of employers who research job candidates on social media said they’ve found content that caused them to not hire the candidate, up from 43 percent last year and 34 percent in 2012.”

The fact that nearly half (forty-three percent) of employers are now using social networking sites to research job candidates should be a wake up call to all job seekers.  The message is clear; if you are going to post on these sites, be sure it’s nothing that you wouldn’t want to share with a hiring manager.

But, we’re not saying don’t post at all on these sites.  Posting the right messages about yourself CAN help your chances when viewed by hiring managers. The article added that one third (33 percent) of employers who research candidates on social networking sites say they’ve found content that made them more likely to hire a candidate. What’s more, nearly a quarter (23 percent) found content that directly led to them hiring the candidate.

So remember, the eyes viewing your social posts may be motivated by a desire other than just becoming your “friend”.