Can the Benefits of Exercise be Formulated into a Pill? Perhaps!

At Key Corporate Services, our Pharmaceutical and Biotech division specializes in placing elite professionals within these industries across the US and Internationally. It’s an industry constantly researching new approaches to solving age-old health issues. One interesting study being done by Salk Institute scientists relates to developing a chemical solution that can bring the benefits of aerobic exercise to those limited by health conditions to a sedentary lifestyle.

Few people would argue the healthy benefits that can be realized from regular exercise. Aerobic exercise such as running increases fat burning and improves stamina. However, running is not possible for a large segment of the population such as the elderly, obese, or others limited by various health-related reasons. 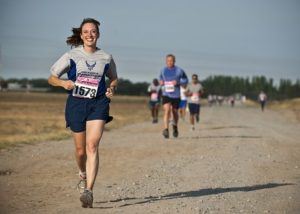 What if scientists could formulate an exercise pill?

A recent article in chem.info detailed studies done by Salk Institute scientists that not only identified a gene pathway that was triggered by running, but also found a way to mimic that pathway in sedentary mice using a chemical compound. This discovery could lead to a pharmacological solution that could provide the benefits of aerobic exercise for people with health or physical-related limitations.

Understanding how endurance works is key.

While it’s generally understood that endurance is improved through aerobic training, how endurance works has always been a mystery. Endurance has always been thought of as a function (during exercise) in which muscles shift from burning carbohydrates (glucose) to burning fat. A gene called PPAR was identified that was resistant to weight gain and highly responsive to insulin- all qualities associated with physical fitness. A chemical compound called GW was found that activated PPARD and replicated the weight control and insulin responsiveness of exercise.

By using higher doses of GW, scientists were able to get mice to run longer before exhaustion. The mice subjected to the increased doses of GW increased their endurance by 70% over the other group of mice. It was noted that the genes most affected by increased doses of GW were the ones that regulate breaking down and burning fat. It was also observed that exhaustion set in when blood sugar (glucose) dropped to around 70 mg/dl, suggesting that low glucose levels (hypoglycemia) are responsible for fatigue.

“The study suggests that burning fat is less a driver of endurance that a compensatory mechanism to conserve glucose,” says Michael Downes, Salk senior scientist. PPARD suppresses sugar metabolism in the muscle allowing glucose to be redirected to the brain, where it is needed for brain function.

While this is only tests done on mice, pharmaceutical companies are interested in doing further research to develop clinical trials for humans. So, who knows – an “exercise-in-a-pill” could be a reality some day!