Manufacturers worldwide are weighing the benefits and risks of integrating production lines with corporate data systems as they seek ways to apply new technologies such as artificial intelligence, augmented and virtual reality. Their objective is to improve quality and embrace innovation.

Exposing production lines to the sometimes capricious and unpredictable behavior of IT systems makes them vulnerable to interruptions that could suddenly and unexpectedly bring the production line to a grinding halt. Costly interruptions caused by database glitches or IT application errors can have major implications. As a way to avoid pitfalls associated with this integration, manufacturers would be wise to look at the pharmaceutical industry which has already began linking production lines with their data systems.

Pharma is already implementing production line linkage with IT systems

Though fraught with challenges, pharma companies have begun linking their production lines with IT systems in an effort to comply with a new federal law called The Drug Supply Chain Security Act. This mandate dictated drug companies must begin serializing all prescription drug products starting in November 2017. It will require adding printers and cameras to the production lines, testing failure, rejection and recovery models, and loading software. Pitfalls can occur in the integration between the production line and corporate databases that generate and store the product serial numbers.

There is One Implementation model that is gaining favor

The model pharma companies are using to integrate production lines with IT systems can be used by manufacturers also. It is built on creating onsite, but offline, testing environments that enable engineers to validate new solutions without risking extended production downtime. 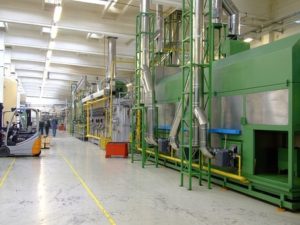 Following a factory acceptance test, equipment is shipped to the site. The line is taken out of production and installation, testing, and validation takes place.

The key step to preventing crippling downtime resulting from snafus in IT is the onsite-offline time where a simulated production line can enable validation teams to troubleshoot any problems. It’s a risk-free environment for testing and ensuring connections with IT systems.

The online, but offline model gives manufacturers time to test line integration for failure, rejection and recovery modes as well as the loading of IT software. Companies need that time cushion as they adapt to new technologies and market needs without sacrificing productivity and profitability.

As a leading executive recruiter, Key Corporate Services has targeted relationships with many top companies in the Manufacturing & Engineering Industries. Contact us today to speak with one of our team members.